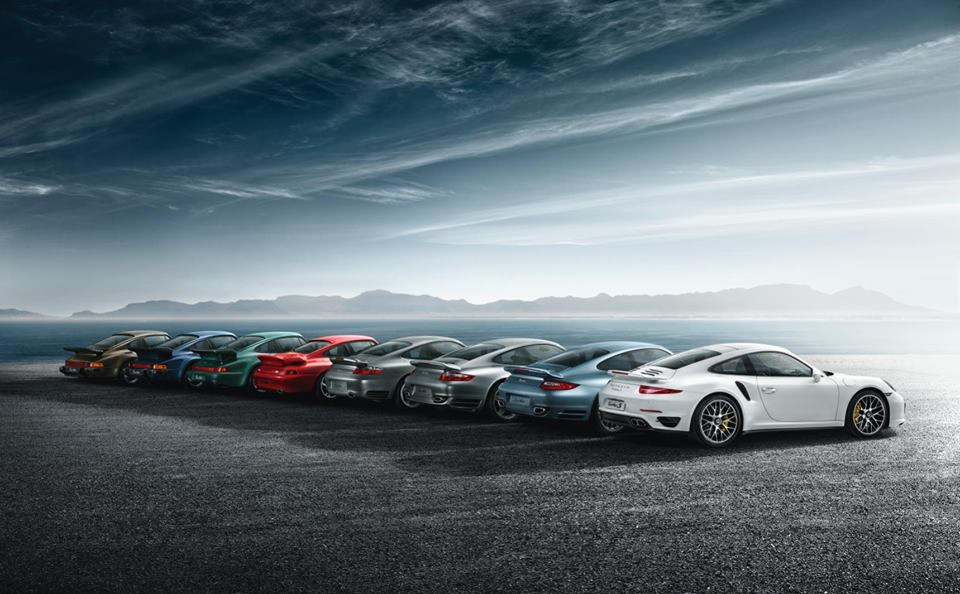 In the Porsche family I ask... The fins!

We have to admit that Porsche's fins have never ceased to amaze us with their extravagance and size. Their purpose is to provide aerodynamic support and optimize engine ventilation. But most of all, they are damn stylish. Here is a little history of their evolution since the 70's until today. Enjoy ! par TeamBenzin

I'm not talking about the ugly duckling, but about the spoiler of a Porsche that made a big impression in the early 70s. This polyester spoiler was designed to stabilize the car at high speed by generating an important aerodynamic support. Originally fitted on the Carrera 2.7 L RS, it allowed the 210 horsepower to express itself freely on the track (or on the road, closed of course).
More recently, we find this legendary spoiler on the 911 Sport Classic type 997. A nice tribute from Porsche!

Do you like fins that are half black plastic/foam? I don't either. But you have to admit that it's a blast. In order to be able to control the fiery 260 horsepower engine, which is fueled by a big turbo, this spoiler proved to be indispensable. Adopted by Steve McQueen, Herbert Von Karajan and Bernard Tapie, this "Turbo Look" announces the color.

Gone are the excesses of the 70s and 80s, replaced by the "sobriety" of the 90s. The flashy fins were replaced by more discreet ones. In fact, the 964s have benefited from a retractable spoiler since their release in 1989, which deploys from 80 km/h (or manually from the inside). For your information, the 964 is the first Porsche to receive 4 wheel drive, air conditioning and power steering as options.

Did I tell you that the excessiveness of the 70's and 80's was over? It seems that Porsche has not totally given up with the arrival of the 993 GT2 and its double-stage spoiler. Allowing to stabilize the car at high speed, it also aims to fill with air the 2 Turbos. This huge spoiler leaves a scoop on each side to feed the Turbos with air. As a result, the car can reach 300 km/h.

Made for the race, this spoiler appeared on the 911 GT3 type 991. This gigantic, manually adjustable spoiler allows the GT3 to be nailed to the ground. It becomes the ultimate weapon on the track thanks to its excellent chassis, its 500 horsepower and its 4 wheel steering.

It is the last born of the firm! And it is surely the most technological. It equips the 992 and can be adjusted in 5 different modes, depending on the weather. For example, in case of heavy rain, the spoiler will be raised to the maximum in order to avoid the risks of aquaplaning.

And you, what is your favorite Porsche spoiler? Don't hesitate to tell us in comments, even if it's not on the list!