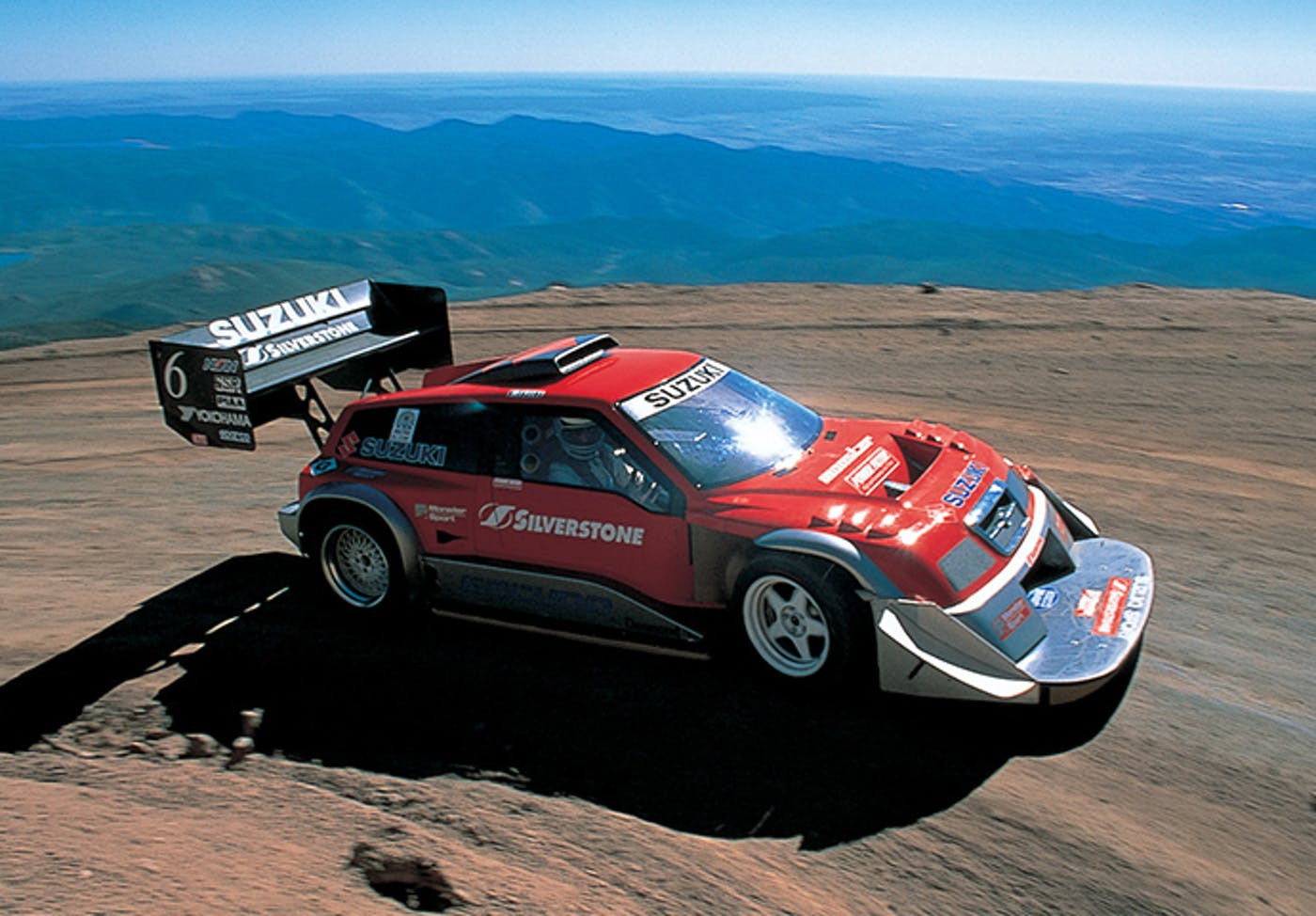 "Monsters driven by lunatics" might be the definition of Pikes Peak. The queen of hillclimbing has been held in Colorado for more than 100 years. First entirely on dirt and then gradually paved, the race to the clouds has always been a real challenge for the machines and their drivers. Thanks to the almost free regulation, the race is an opportunity to meet some of the craziest models. par TeamBenzin 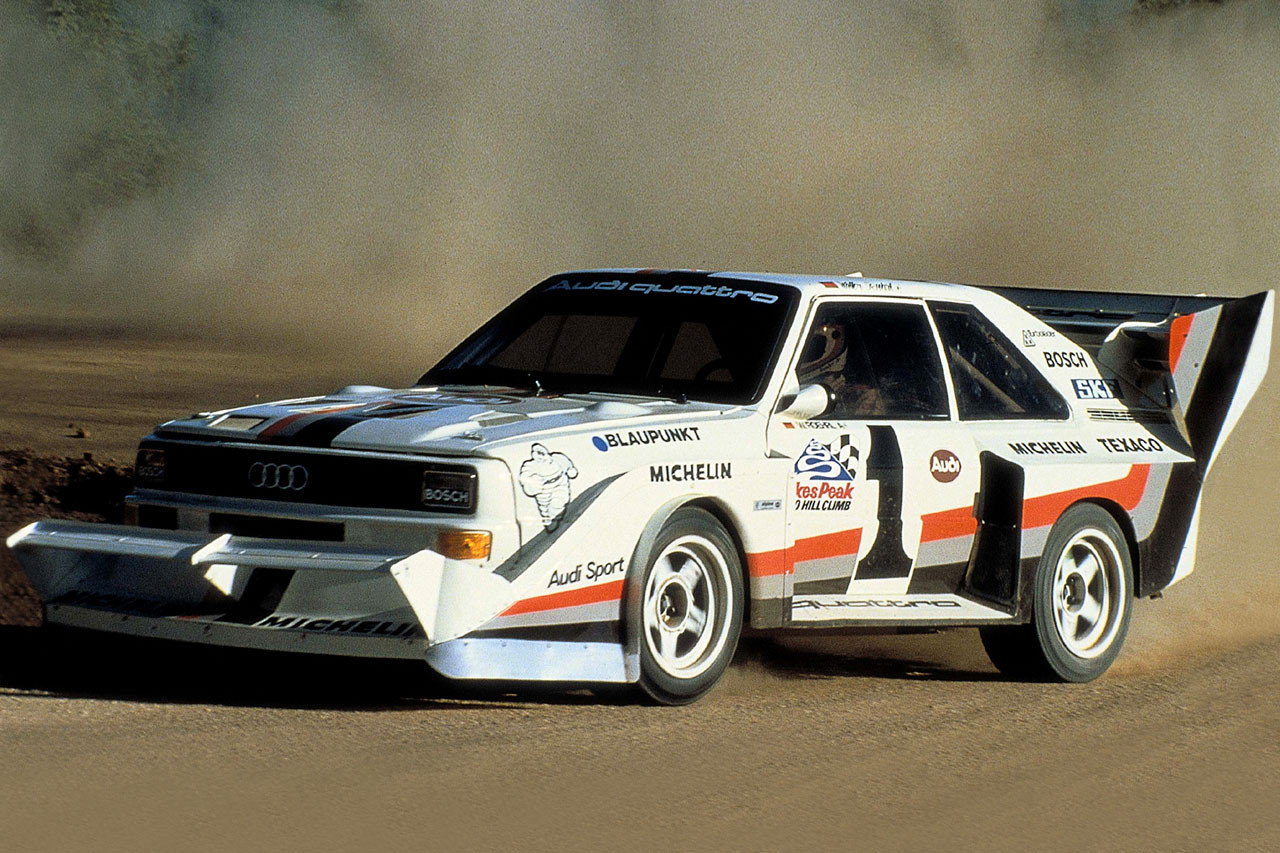 If you thought the Group B Quattro was an extreme car, look at this one. With its advanced aerodynamic appendages and 750+ horsepower engine, the Quattro was the queen of racing in the 1980s with no less than 6 wins in a row between 1982 and 1987. 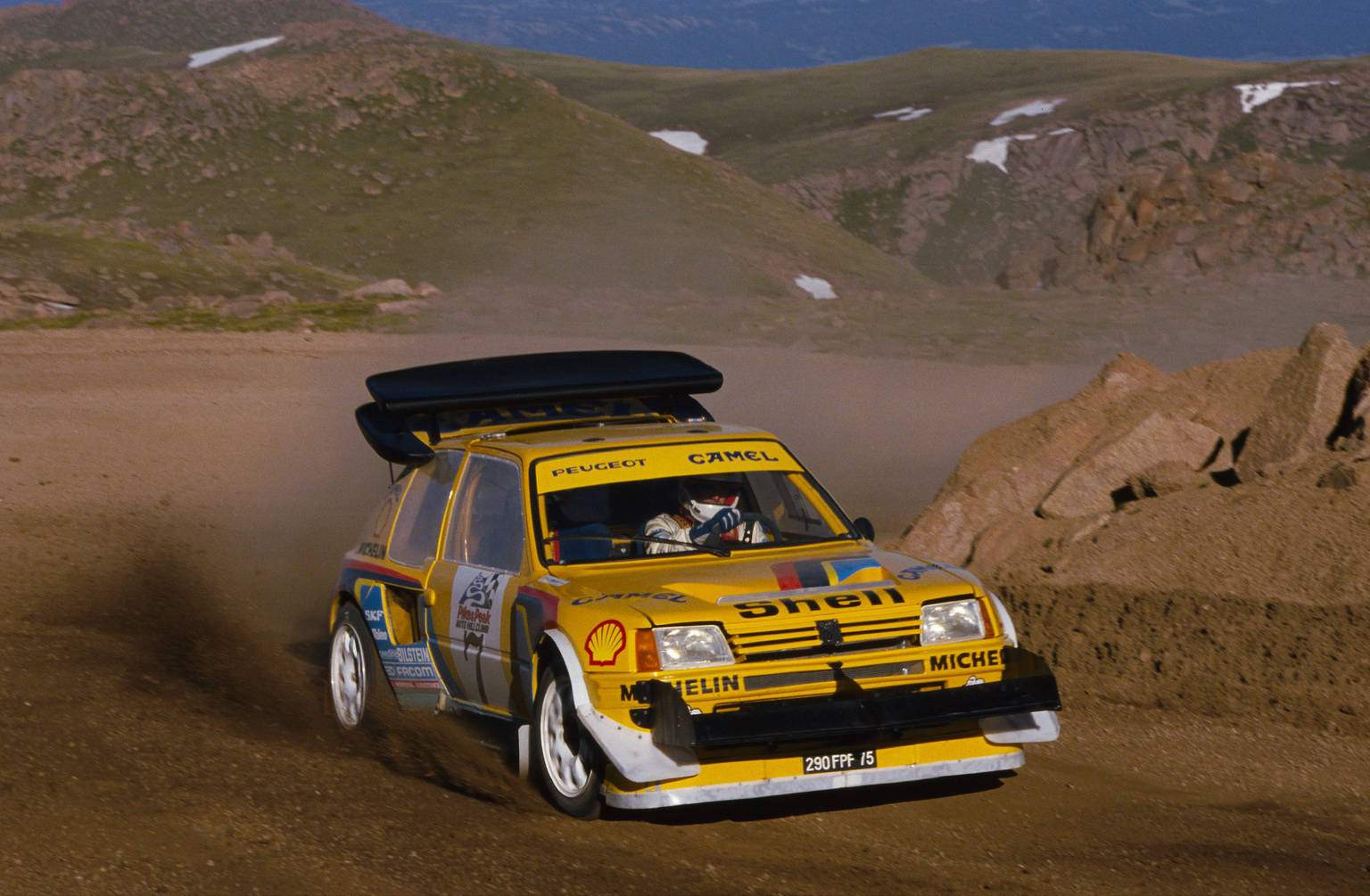 Even if it never won, this T16 entered by Peugeot in 1987 is the heir to the Group B cars that disappeared a year earlier. With a re-built engine and an increase in power to 550hp, the 205 came within 7 seconds of victory. The T16s finished in 2nd, 3rd and 4th place. 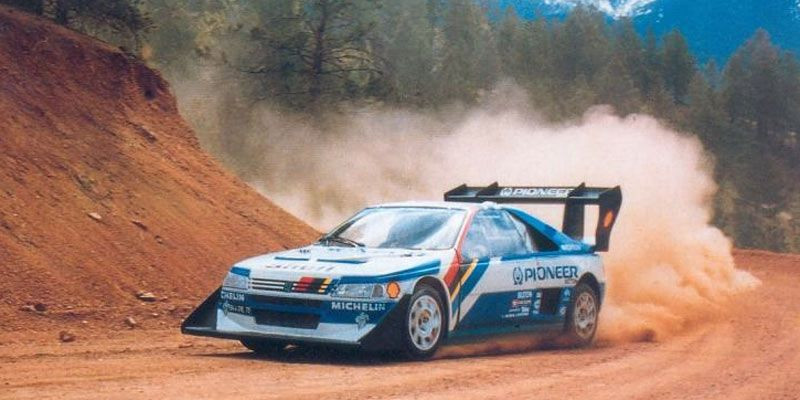 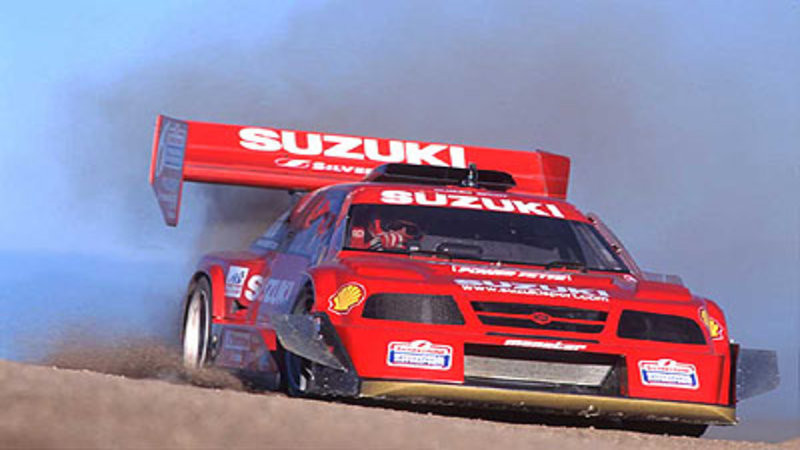 Anyone who has ever played Gran Turismo 2 will remember this car. Present from 1995 to 2005 (under the name Vitara) the Escudo only won the event once, in 1995. But with 985hp for 900kg and a spoiler as wide as a disco singer's collar, the Escudo is a Pikes Peak myth. 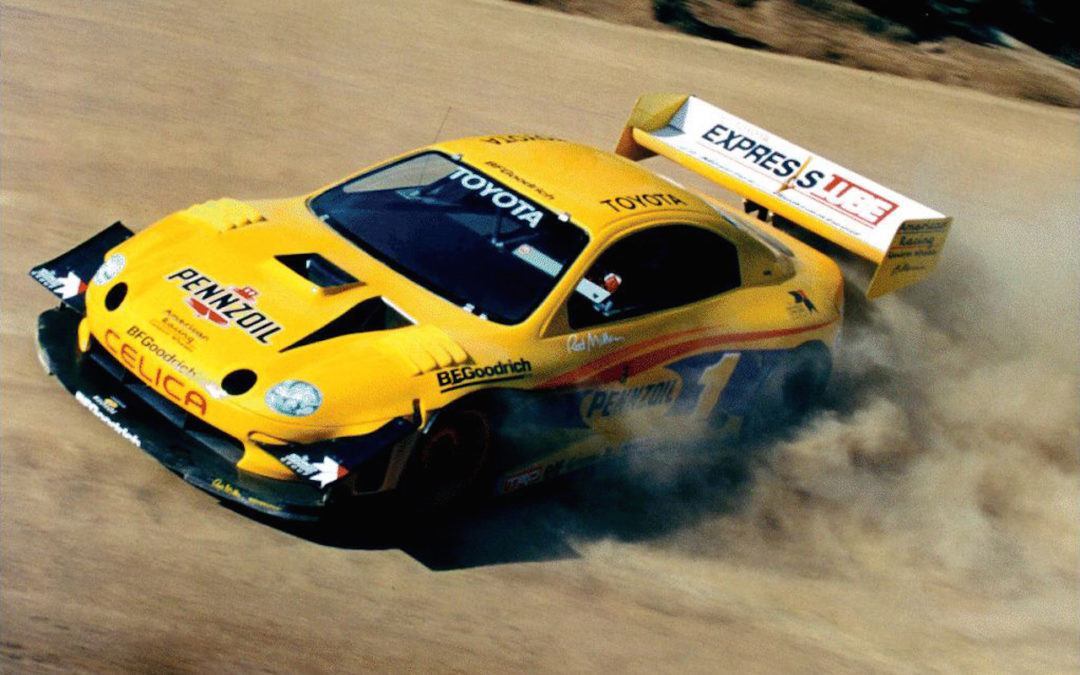 The undisputed queen of the '90s, four-time rally champion and four-time Pikes Peak champion, the Celica is an icon of '90s auto racing. With a power-to-weight ratio of around 1, the Pikes Peak Celica is a wild beast. Its race record has remained unbroken for 13 years! 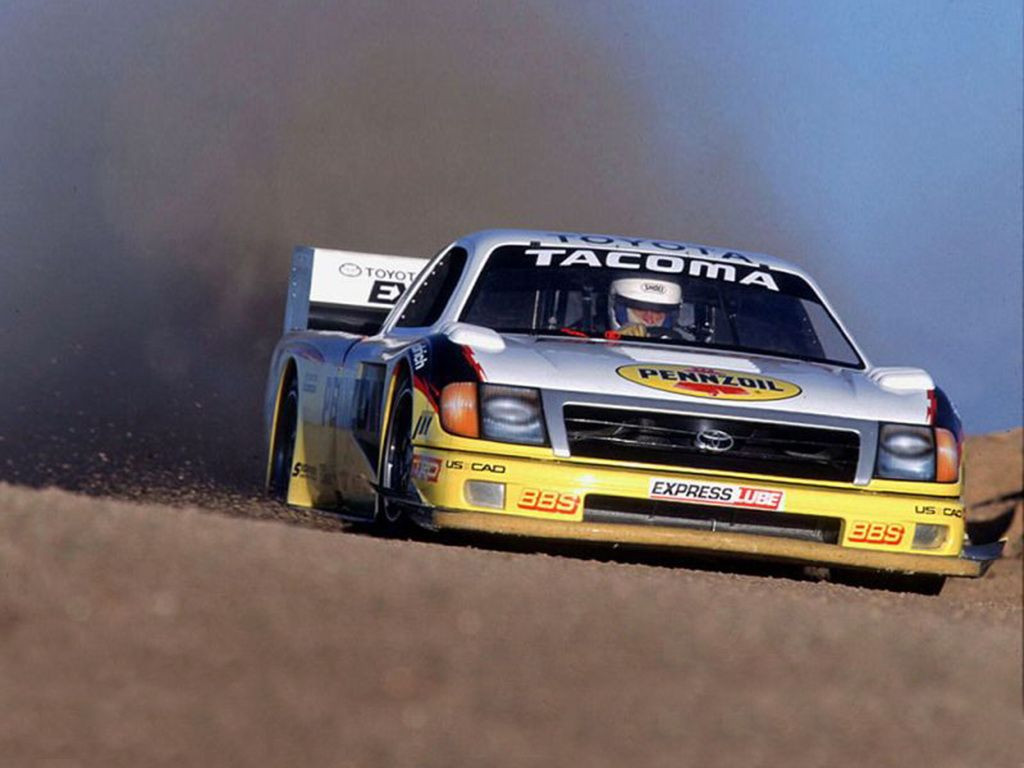 Even if the relationship seems rather vague, the basis of this 1998 and 1999 winner is a very popular pickup truck in the US. With 1000hp for less than 900kg, there is no doubt that this machine would have been very comfortable to tow the boat trailer of its owner. 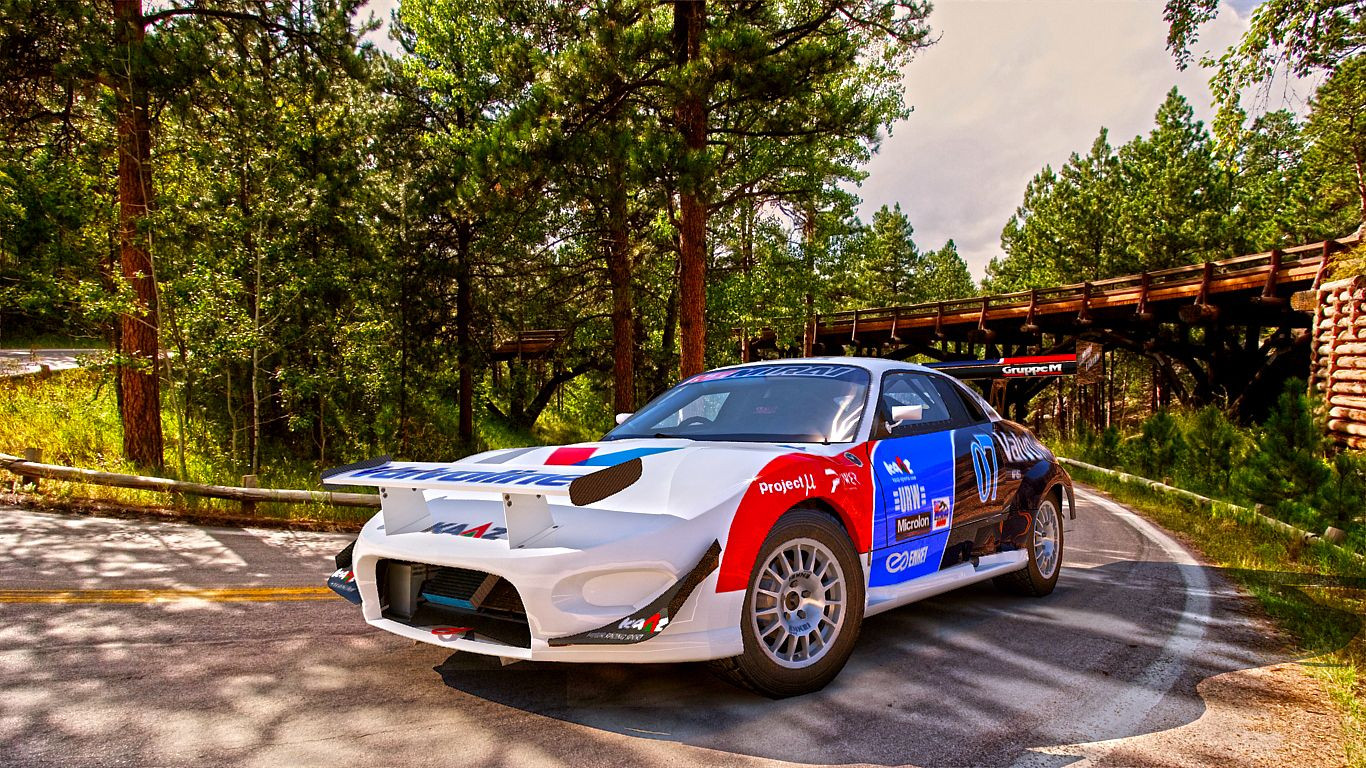 A spoiler in front, a spoiler behind, the recipe could not be simpler but the result is effective. The FTO won in 2005 at Pikes Peak. 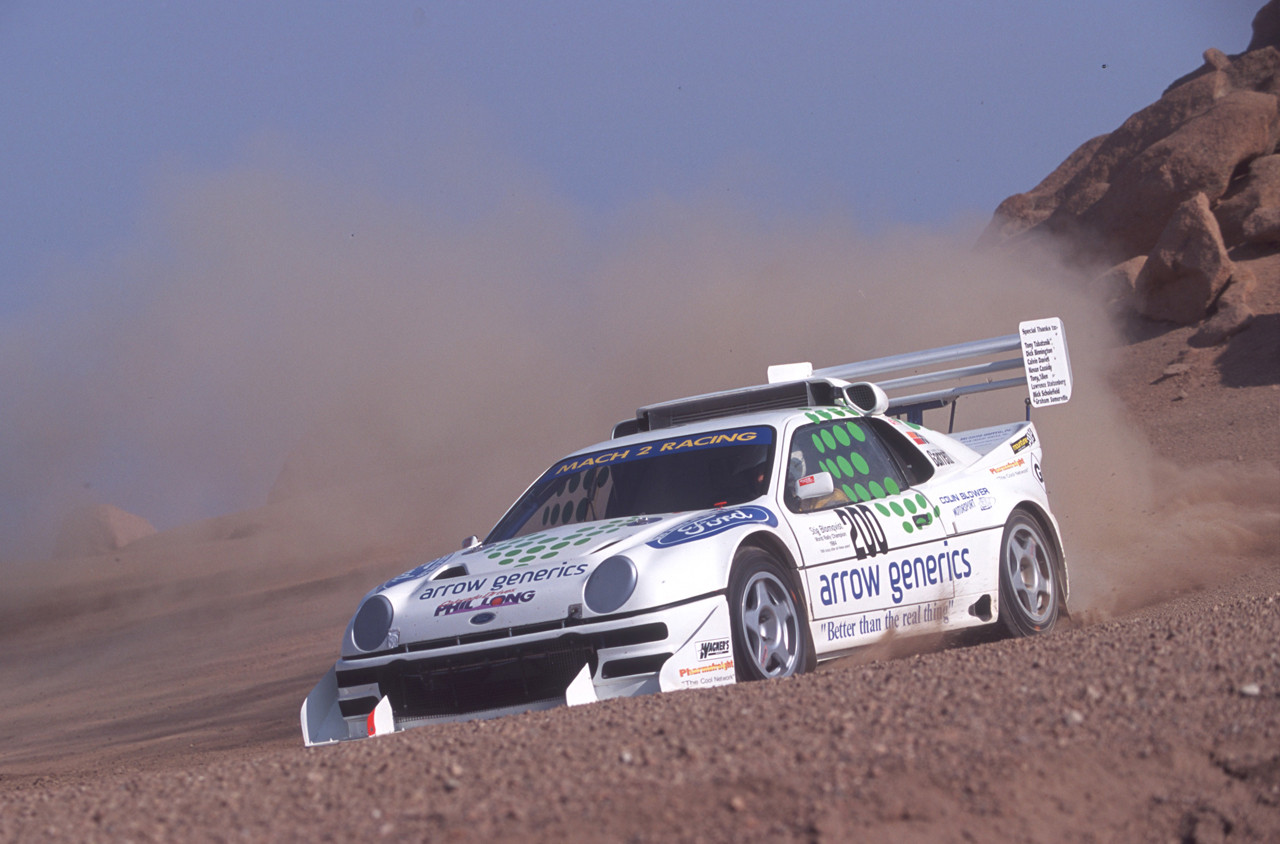 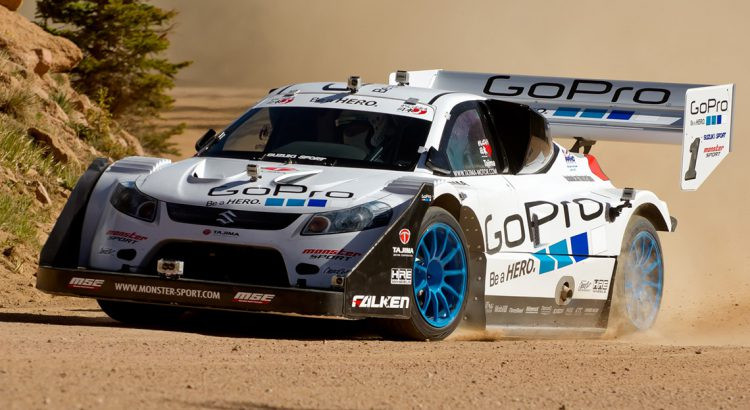 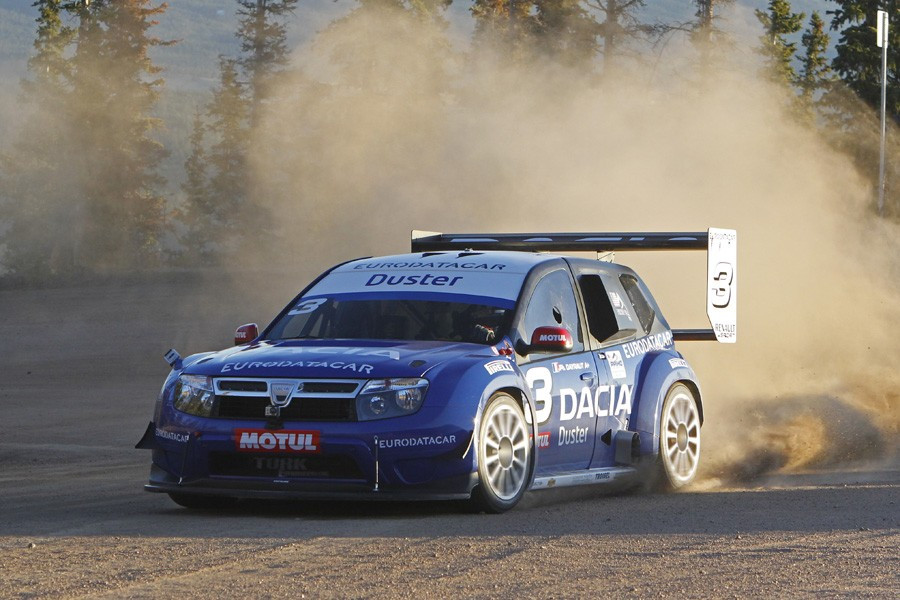 What could have happened to lead to the birth of this Duster? No idea but the result is more than successful! With a Nissan GTR engine pumped up to more than 850hp in the rear center position and a tubular chassis, it is true that the beast has little of the lambda Duster. 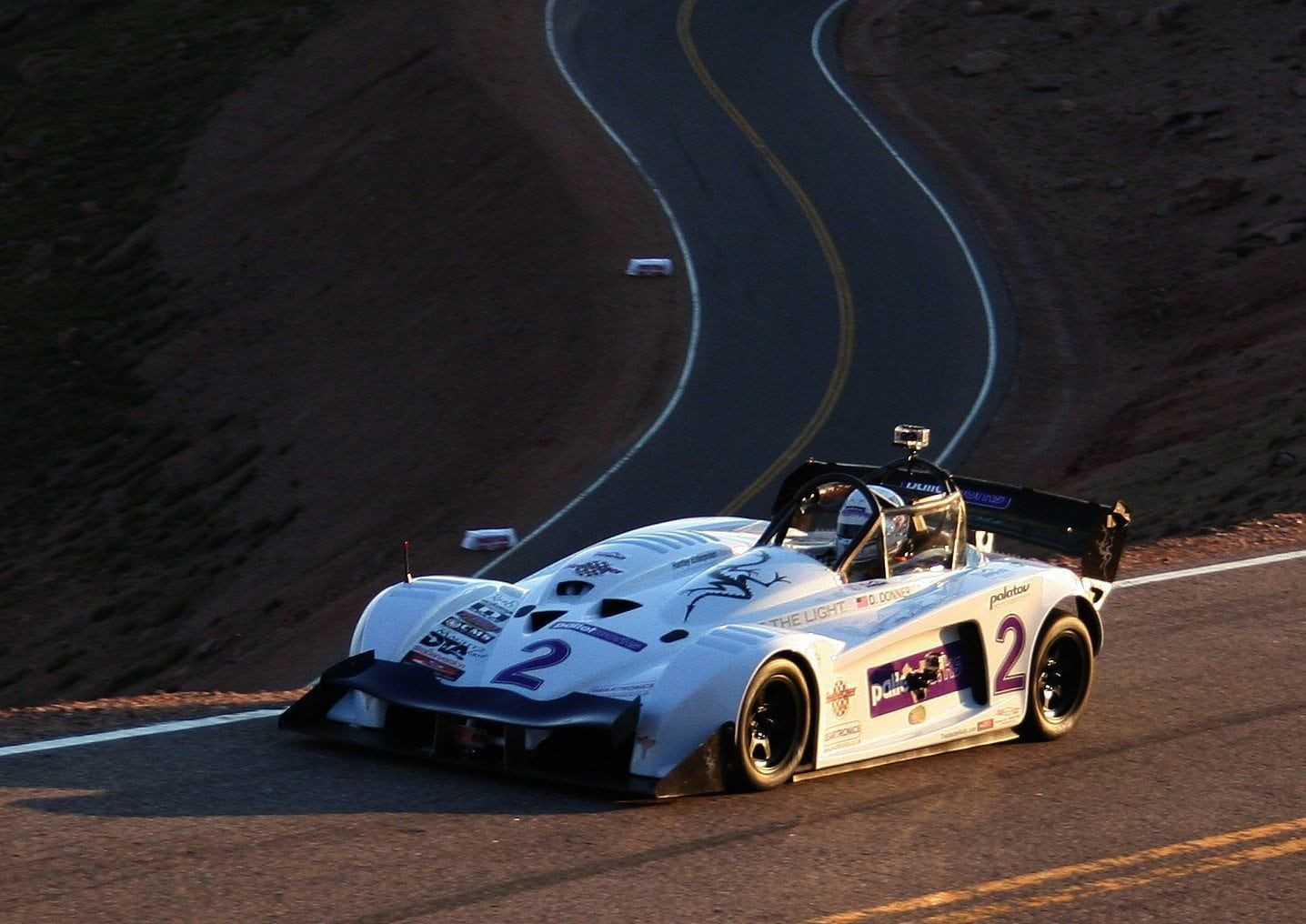 Produced by an independent manufacturer, the D4PPS is unlike anything else. Weighing in at around 500kg and powered by a 500+hp engine, it won the Unlimited category in 2012. 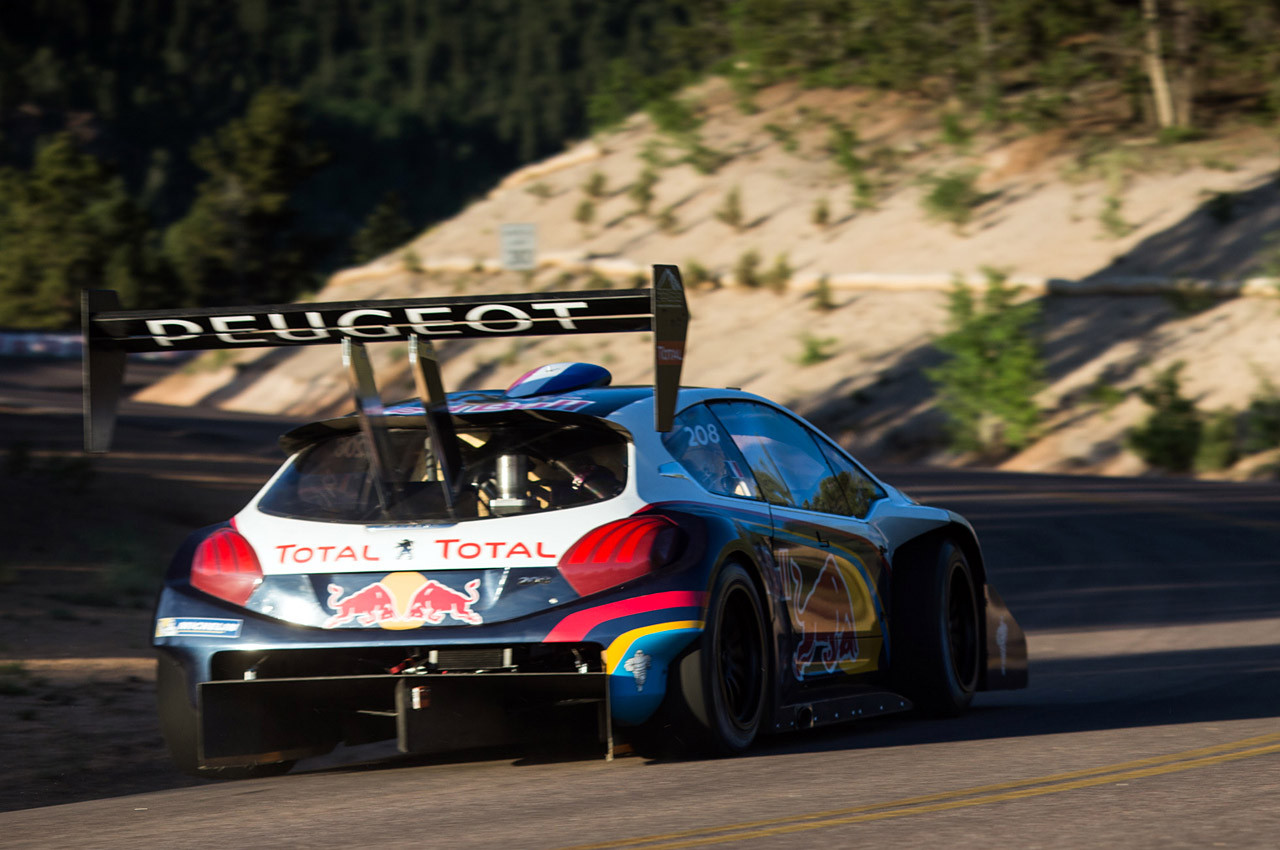 A monstrous machine and a legendary driver, such was the combo aligned by Peugeot during the 2013 edition of the International Hill Climb. In the hands of Sébastien Loeb, the 208 T16 pulverized the record thanks to its 875hp for 875kg by propelling this monster from 0 to 100 in 1.8 seconds. 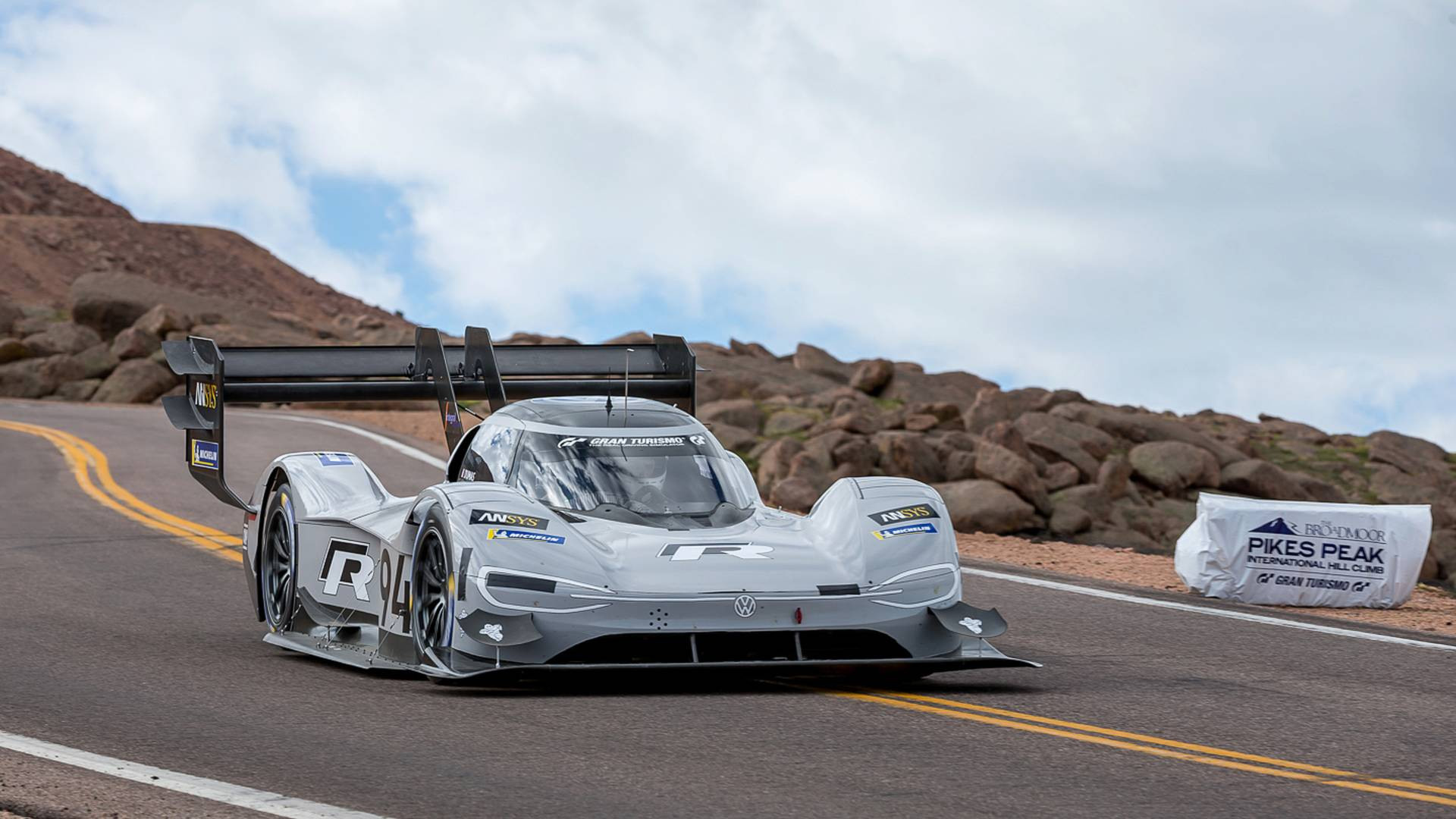 Not the most powerful, not the lightest, but yet it has held the all-time record in Colorado Springs since 2018. Featuring two electric motors and entrusted to French 24-hour Le Mans winner Romain Dumas, the I.D R has the advantage of not losing power at altitude like its gasoline counterparts. 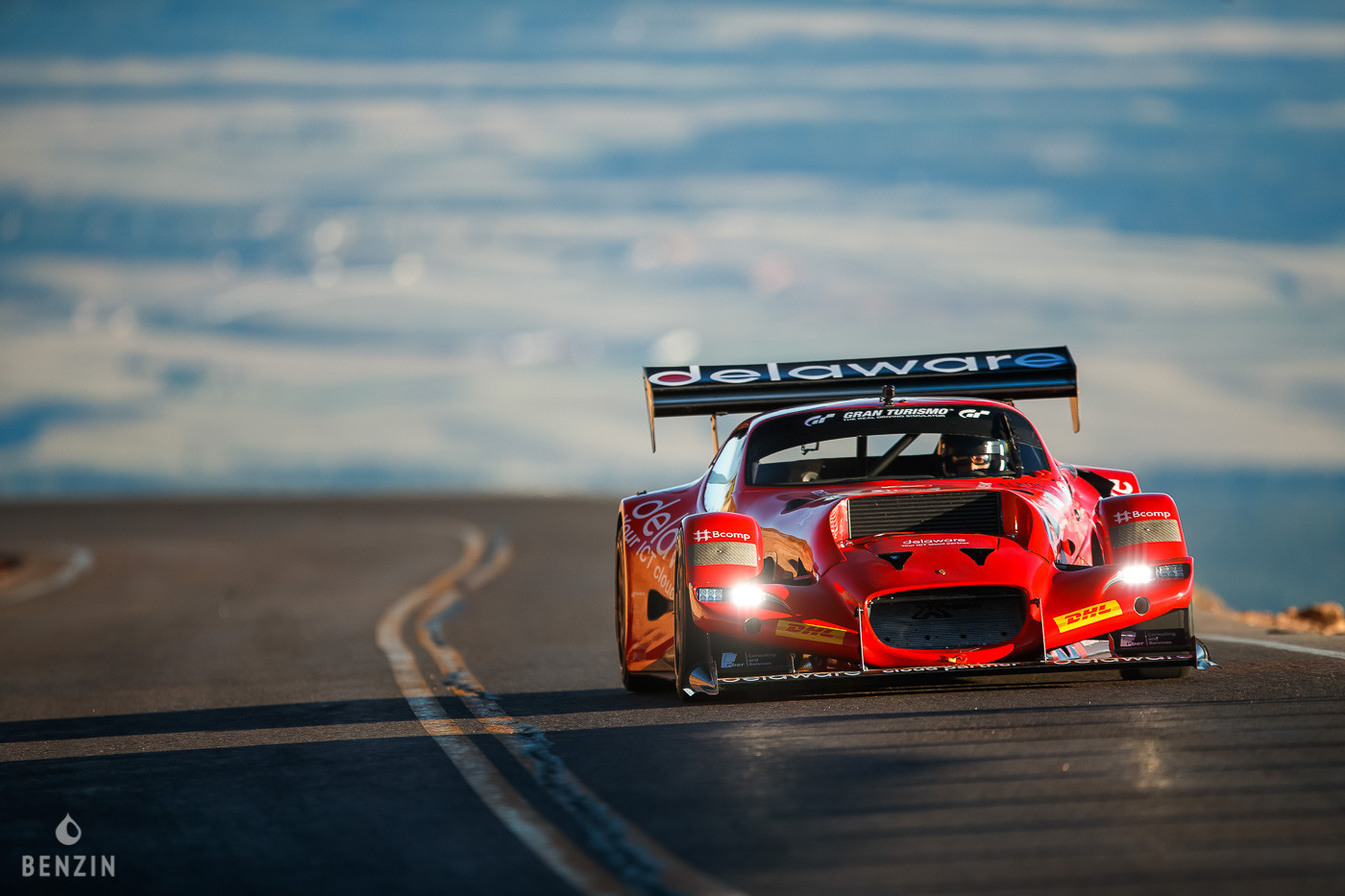 A Belgian madness tamed by the daughter of a F1 legend. The Gillet Vertigo "Pikes Peak" is one of those cars built with passion. This unique example made a remarkable and noticeable entry in Colorado in 2018. She's asking for more, so if you're in the mood to be tempted, we'll let you take a look ici. 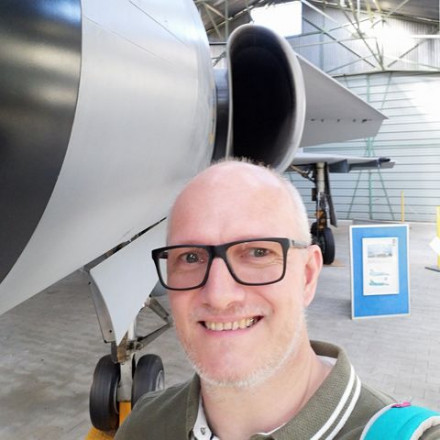 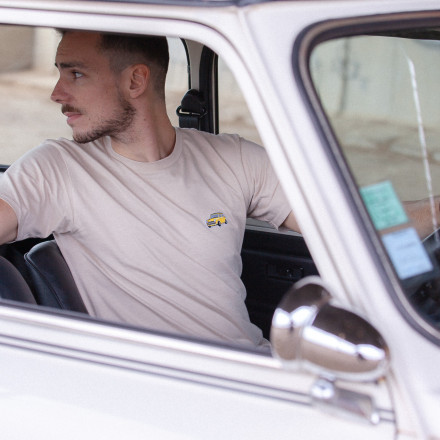 Ah that Escudo in Gran Turismo, all my youth!