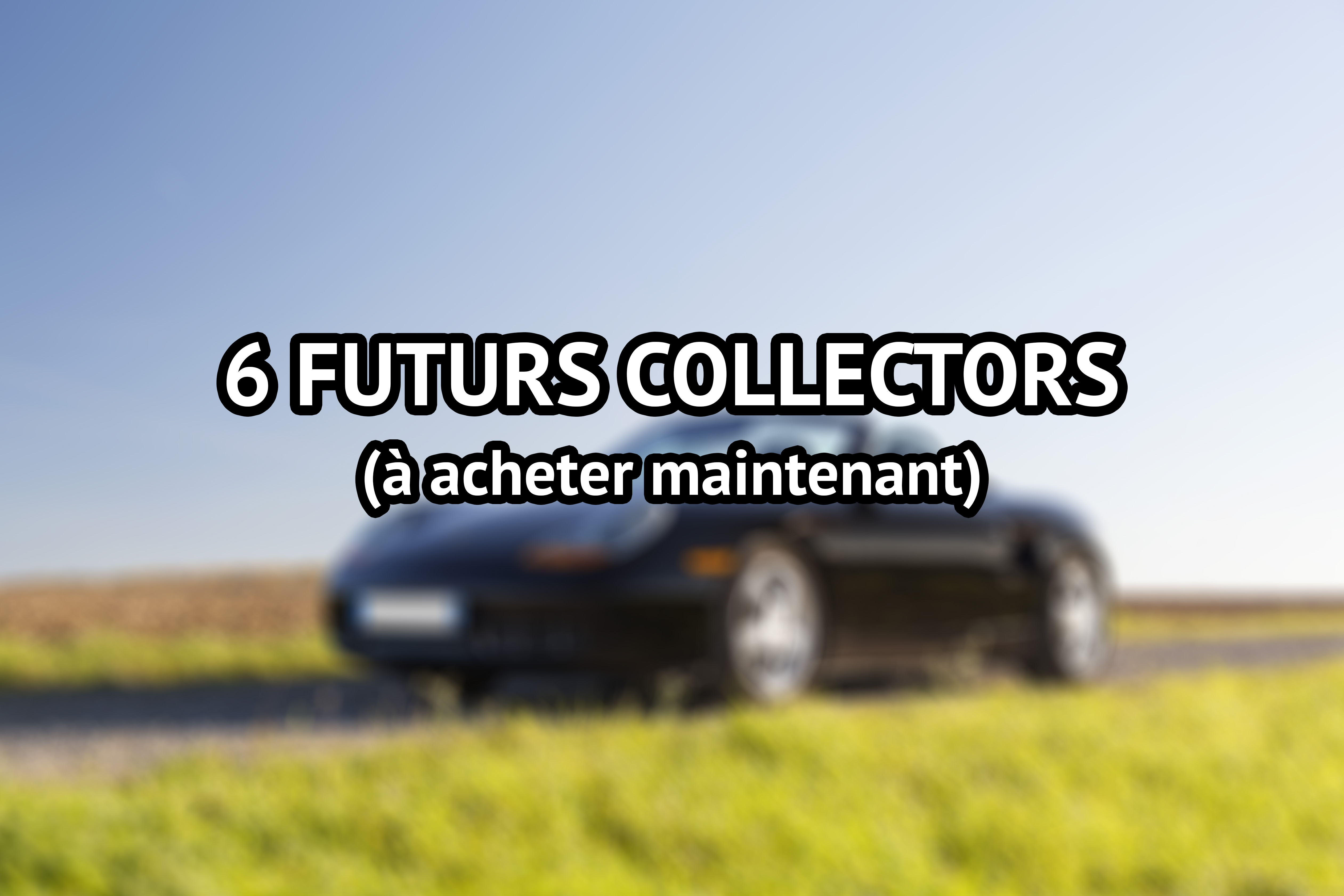 From 4.000€ to 70.000€, here are 6 cars that we think have everything to become future classics and whose price is still relatively low. You too can make suggestions in the comments and maybe we will include them in a future article. par TeamBenzin

What makes a classic car?

There is no magic formula, but several clues can tell whether or not a car has the potential to become a future classic. Among these clues: a low production, a great popularity, a record of success in competition, the introduction of new technologies at its time, the first or last example of a category or type etc.

We have chosen a few models that show several of these signs and whose price/pleasure/exclusivity ratio is the best of the moment, suggesting that their value is bound to rise in the years to come.

If this top is dedicated to the 90's and 00's, it's not by chance. The collector's market evolves with its public, and the 80-90 generation having grown up with these cars starts to have the means to afford them, hence the urgency to acquire your favorite now!

This is the most affordable option in this top but not the least interesting. The first generation TT is a stroke of design genius. It's hard to believe that it is more than 20 years old! Widely distributed but also widely abused (high mileage, reprogramming, R8 kits...), the beautiful examples are starting to be rare and it's a sign that it's necessary to buy one now. 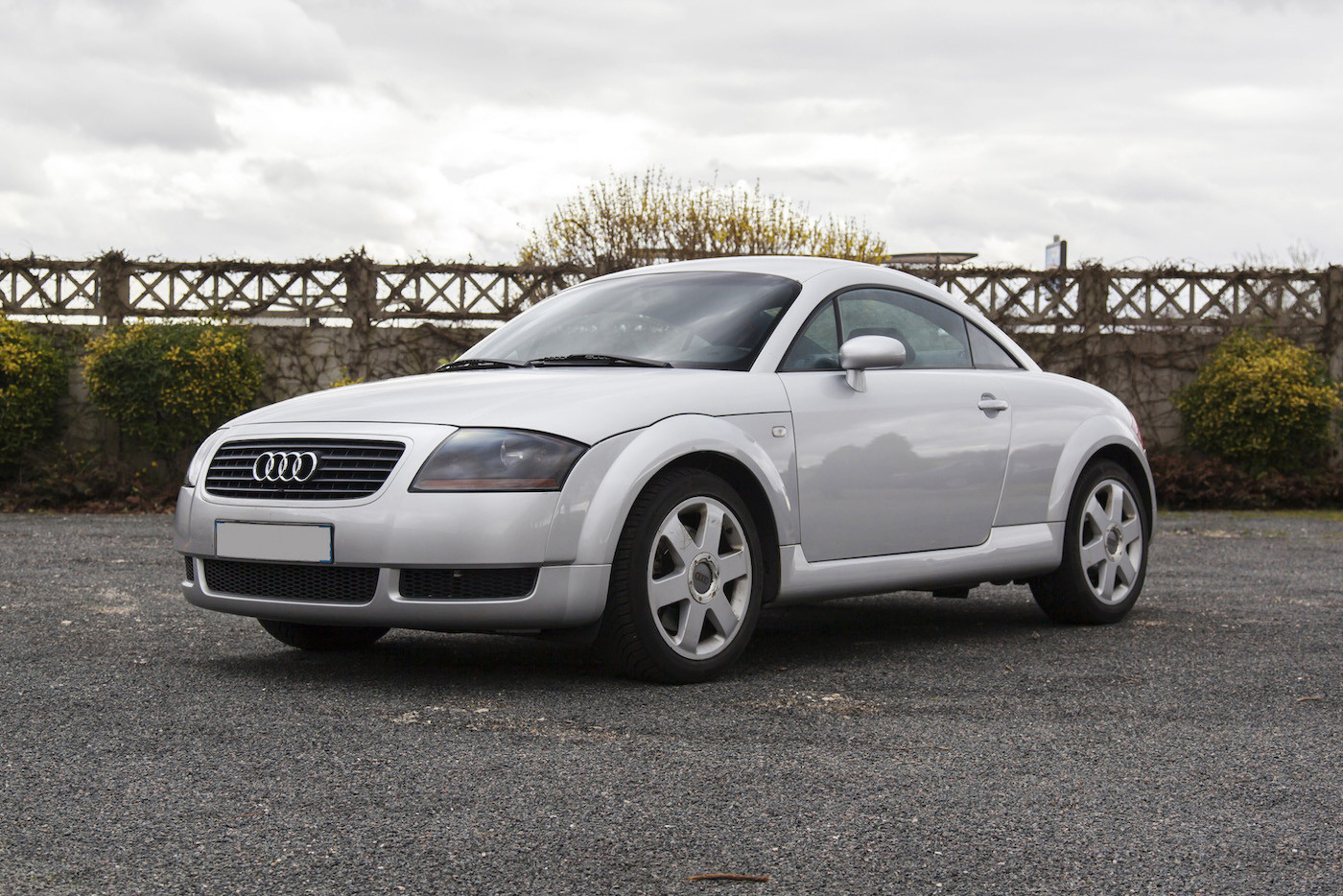 The TT offers plenty of choice in terms of engines, all of which are worth a look. After all, you buy a TT for its design, not really for its engine. The 1.8T 225 Quattro is the one that will make you enjoy the TT experience the best. The rare V6 3.2 versions will not be more powerful but will offer you much more gratifying vocals. 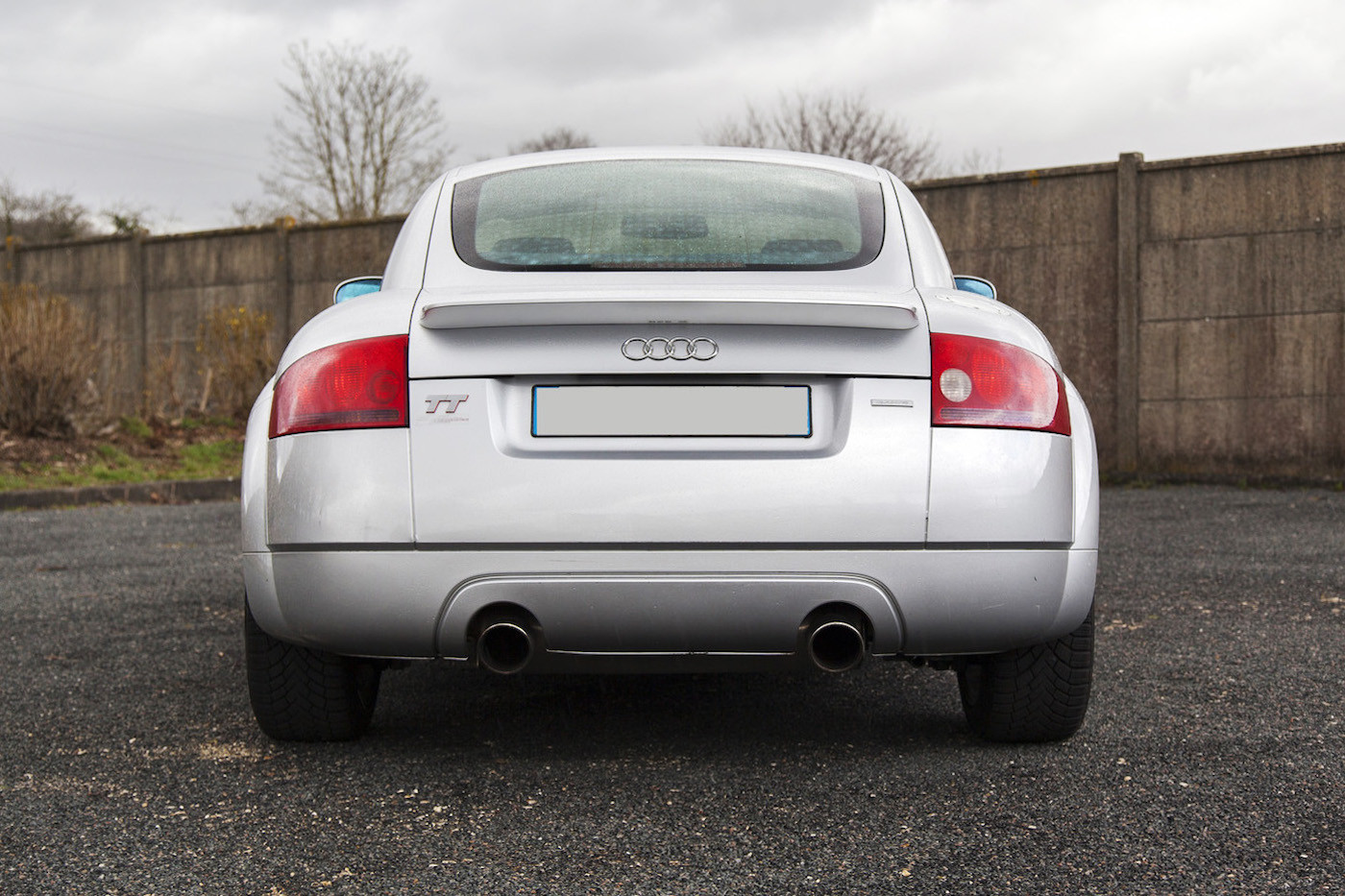 Expect to pay between €4,000 and €11,000 depending on the engine (excluding the extremely rare "Quattro Sport" version).

Here is a rally icon, now in the hands of Colin McRae! Thanks to its victories in the WRC and its place of choice in video games, the Impreza GT is certainly the one that gave its letters of nobility to a brand that was previously unknown in our country. 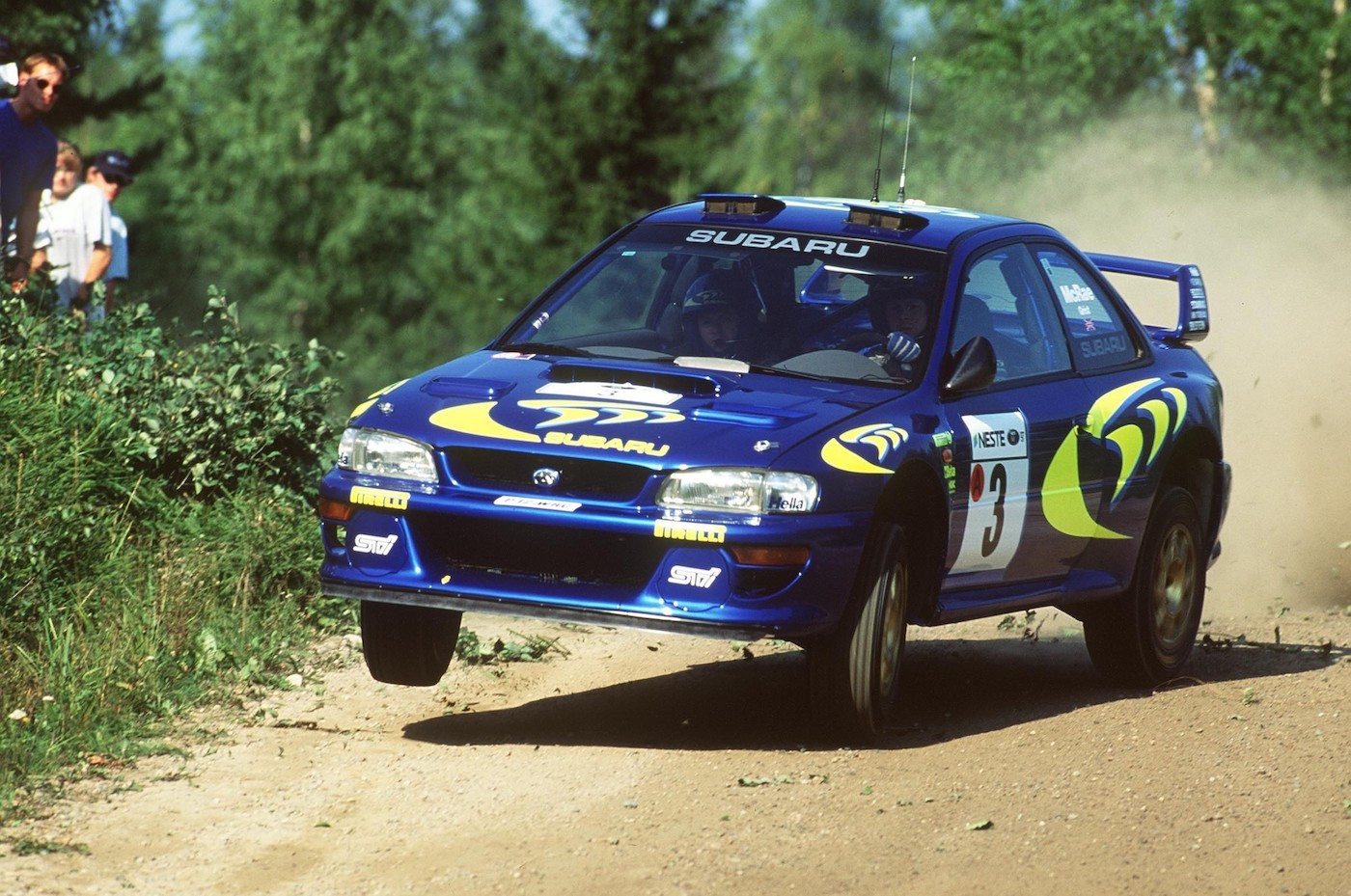 It must be said that the GT Turbo has some strong arguments. With its turbocharged 4-cylinder "boxer" engine of 211 and 217 hp and its all-wheel drive, the GT Turbo offered a level of performance that was unmatched until then in its price range. All this in a 4-door sedan with a weight of less than 1.3t please! 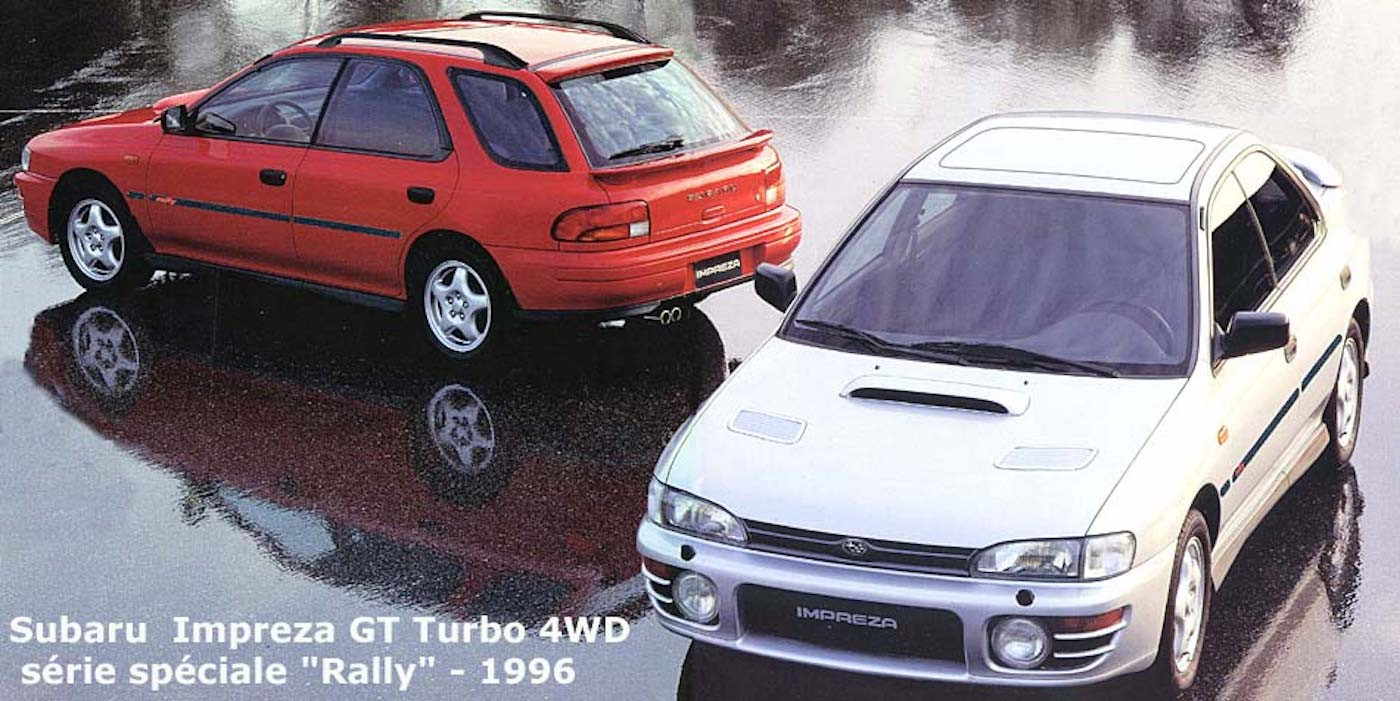 Although widely available, the GT Turbo has suffered from tuning, questionable preparations and corrosion. Finding a nice one is starting to feel like a mystical quest, but this Impreza is still the most affordable option for a rally (and video game) queen, and we won't be surprised if its value skyrockets in the next few years.

Yes, the Boxster has been produced a lot. Yes, there have been reliability issues. Yes, we like or dislike the "fried egg" headlights. Nevertheless, the Boxster has marked the history of Porsche by saving the brand, no less. 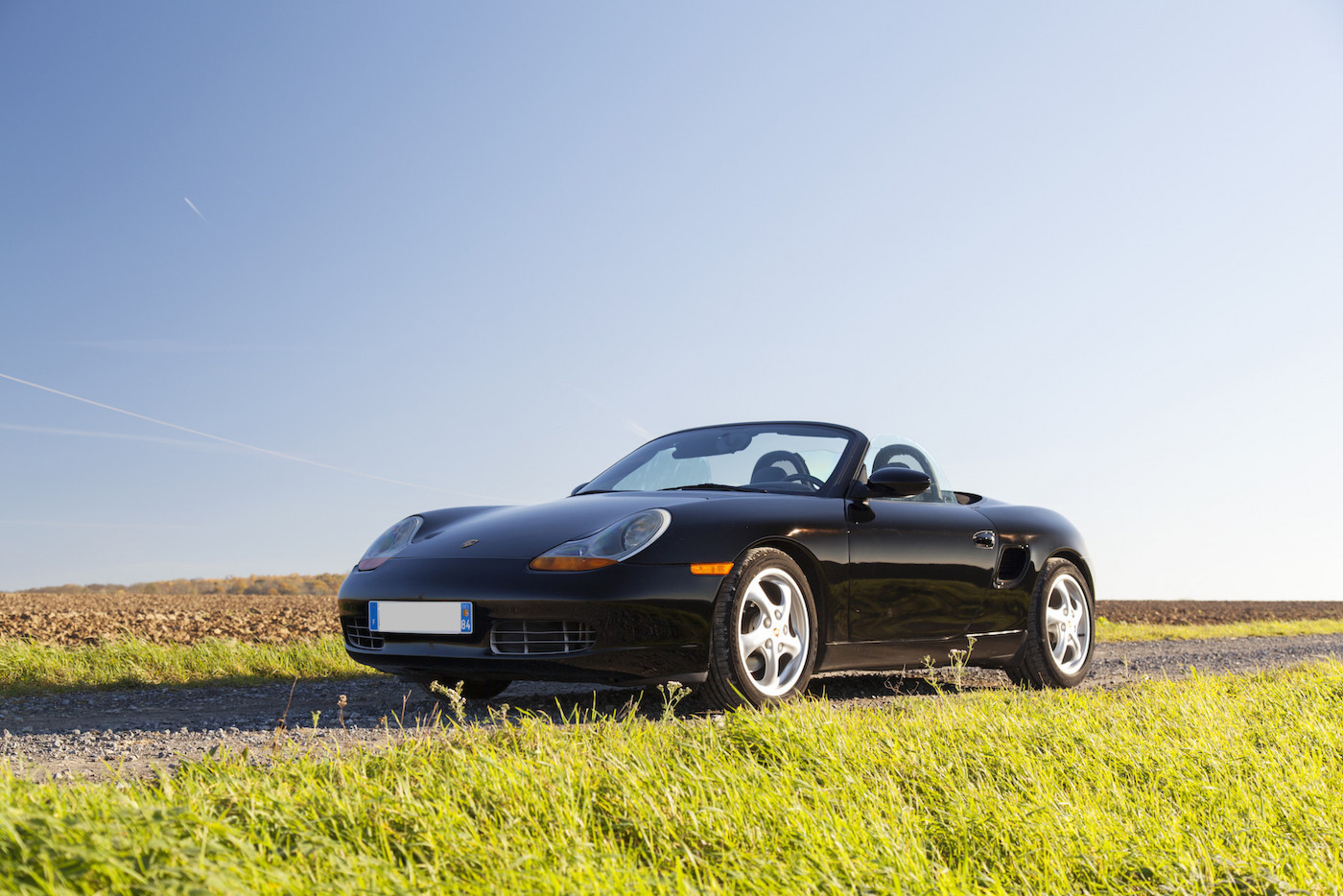 The best thing about this Boxster? Its price. Available from 13.000€, we challenge you to find a better price/performance ratio. The list of goodies: convertible, well-made interior, mechanical gearbox (a good one), rear-wheel drive, flat six in the rear center position... With so many assets, we think that this little convertible still has a lot to offer. 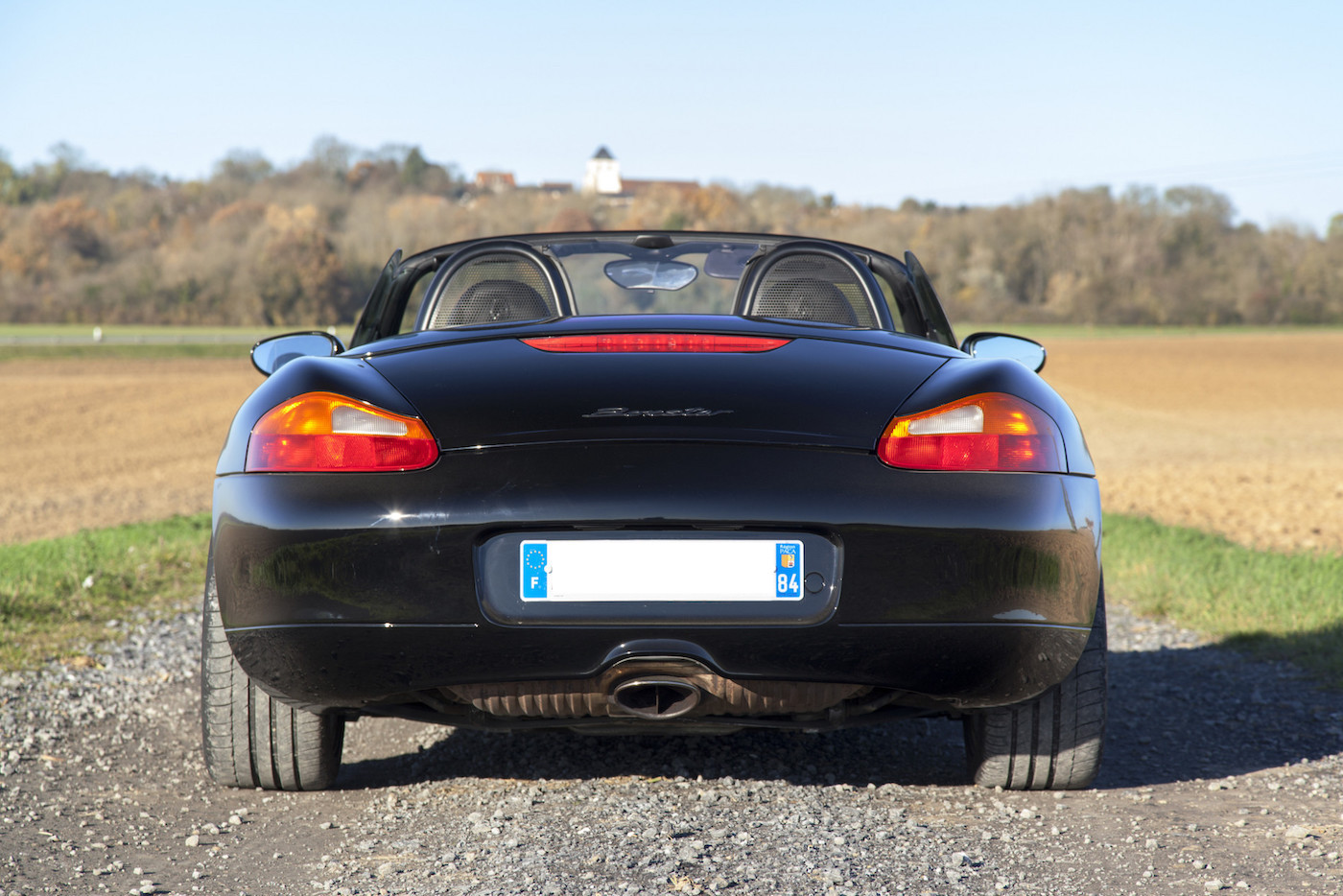 Good to know: the first generations in 2.5 are not to be discarded because these engines are the most reliable (no IMS problem) and the 204hp they offer are enough to have fun as soon as you stay in the revs.

Let's start by reminding ourselves that the Focus RS Mk1 is a rarity. Only 4501 examples were produced and numbered, of which almost half were right-hand drive cars for the British market. Take away the modified and crashed cars, and you'll understand that a nice example is a rare thing in our country. 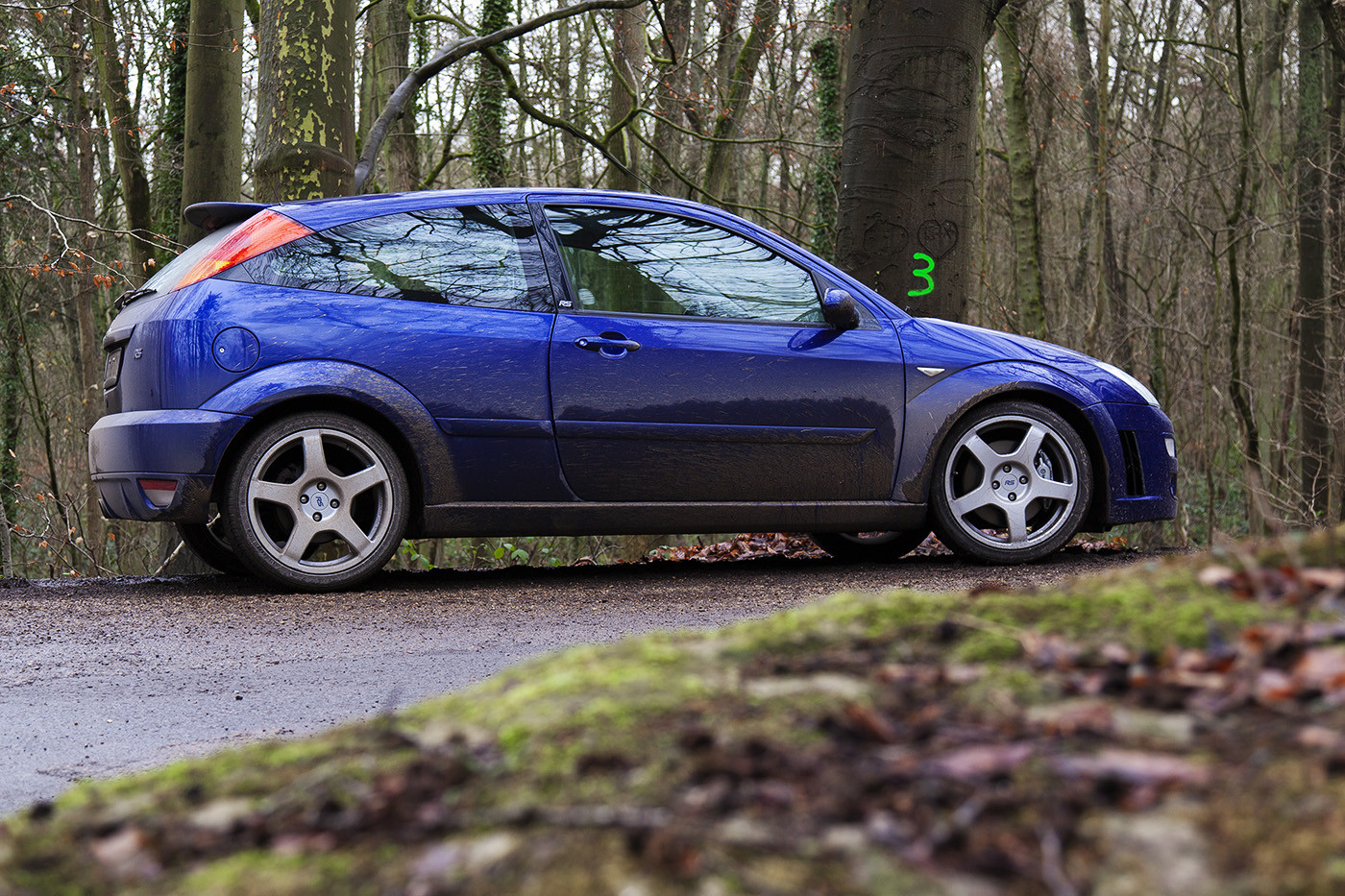 As for the track record, it's all good. The Focus has won several WRC races with the great Colin McRae, once again! This involvement in rallying will also allow it to shine in video games, notably Colin McRae Rally (ah the good memories).

Finally, don't think that the Focus RS is just an empty shell. It's an accomplished sports car, terribly efficient and incredibly fun to drive. The 215hp of the 2.0 Turbo packs a punch that the numbers don't suggest and the 5-speed manual transmission is a marvel to handle. With its imperial blue color, wide kit, Sparco accessories and OZ wheels, its look is kitschy and terribly seductive. No wonder the RS Mk1 is a top choice in this top. 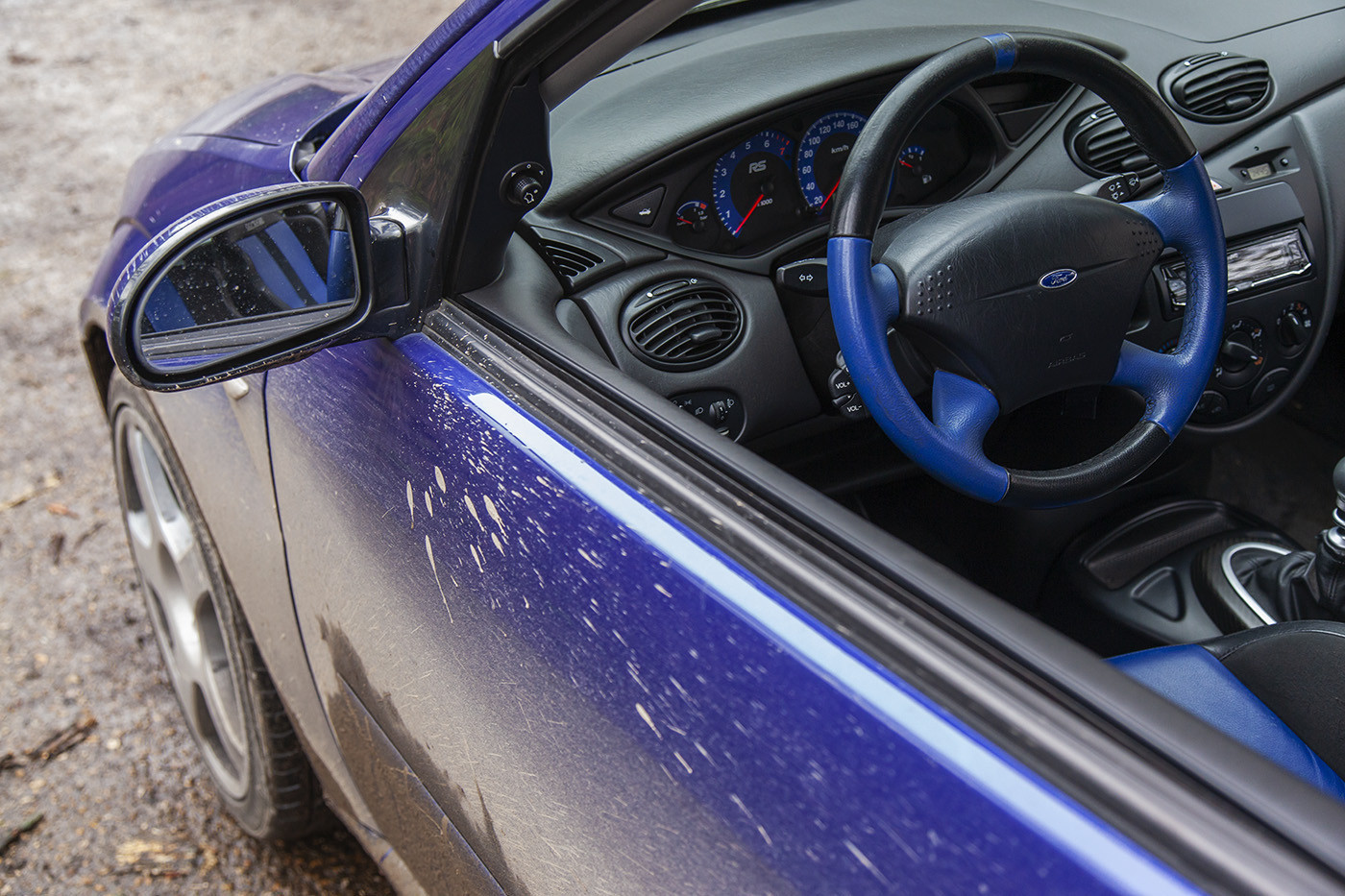 The Z4 M Coupé is the last of its kind in many respects: the last two-seater coupe in the Motorsport division with a hardtop, the last to feature the brand's most powerful naturally-aspirated 6-cylinder engine, the last to retain mechanical steering... We could go on. The Z4 M is certainly the pinnacle of a recipe that we love and that has been taken away from us because of ever more restrictive standards. 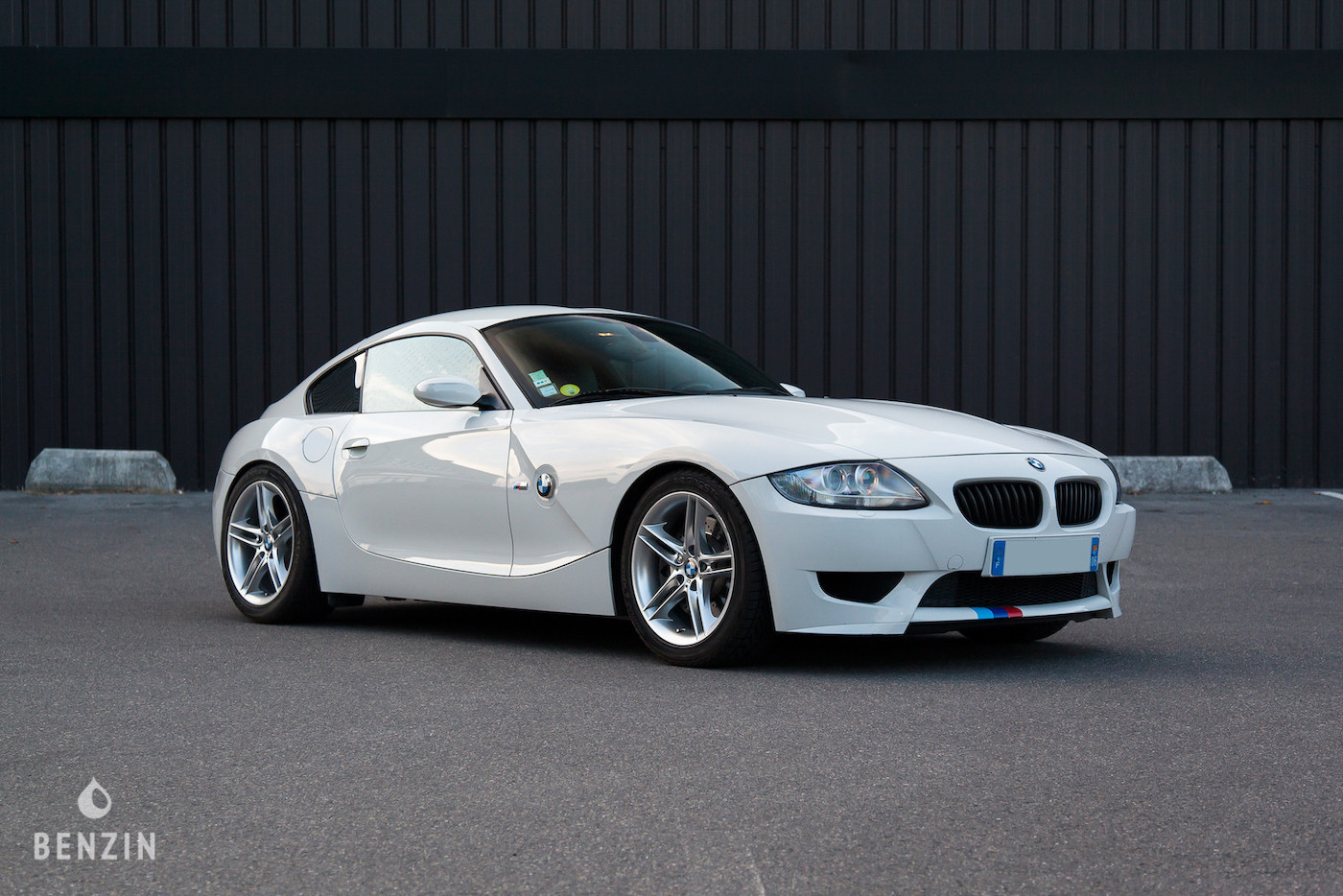 It's hard to find fault with it. The engine delivers incredible flexibility while offering hair-raising vocals up to 8,000 rpm. The highlight of the show: it even allows itself to be sober on the consumption side. The manual gearbox is an example of guidance and staging and the chassis is excellent. One could say that the damping on rough roads is not optimal and that the braking tends to soften under heavy use, but a few well-chosen modifications quickly correct these small defects. 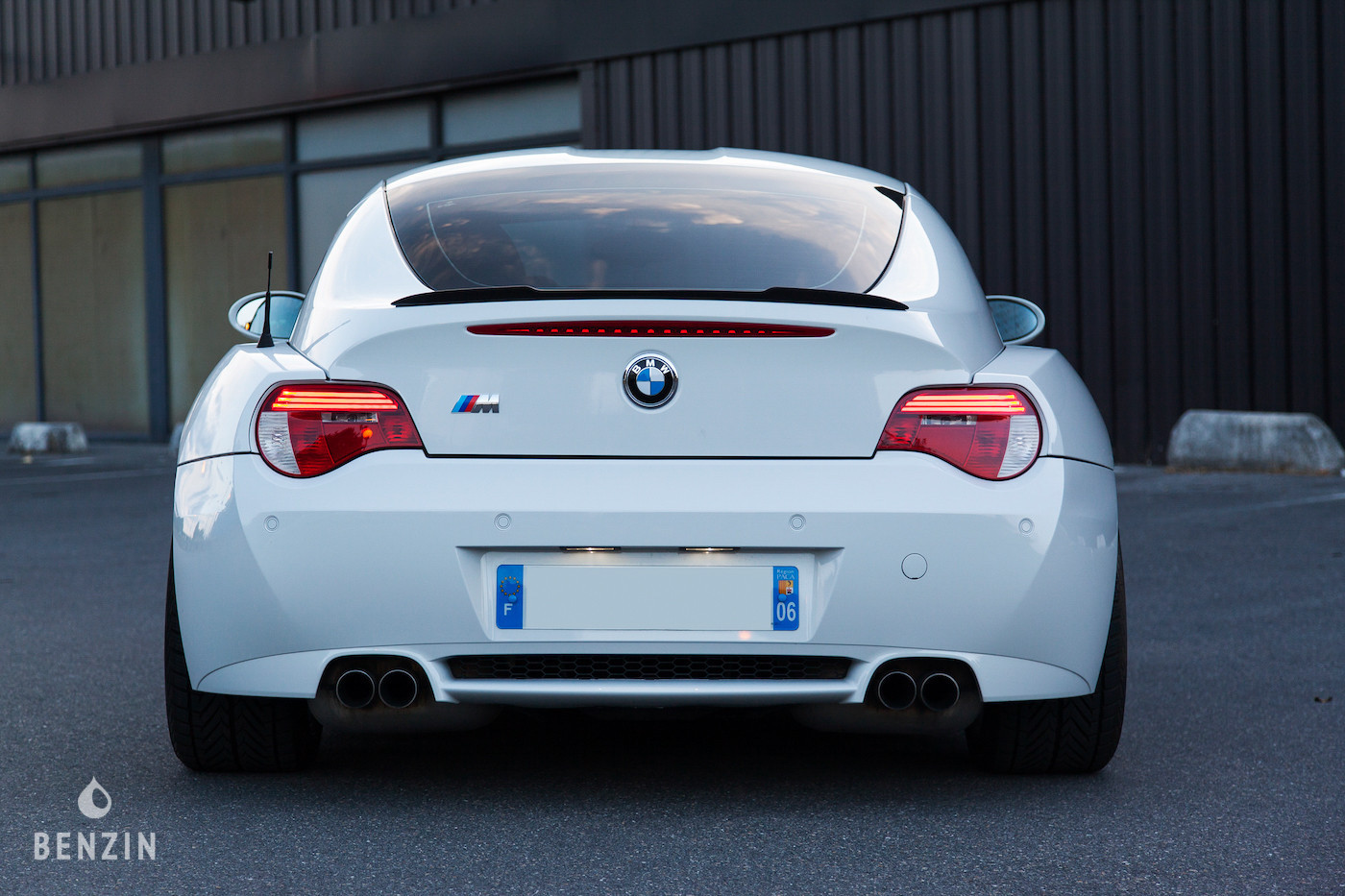 With only 1,714 left-hand drive units produced in Europe, the Z4 M Coupé is even rarer than the Z8! You can understand why it is in this top. Count 40.000€ for a nice example.

So yes, we're taking it up a notch in terms of budget, but it deserves it! Hanging on the wall on posters or bought on Gran Turismo for a few thousand credits, the Dodge Viper has made a whole generation dream since its debut in 1993 (and 1996 for the GTS). 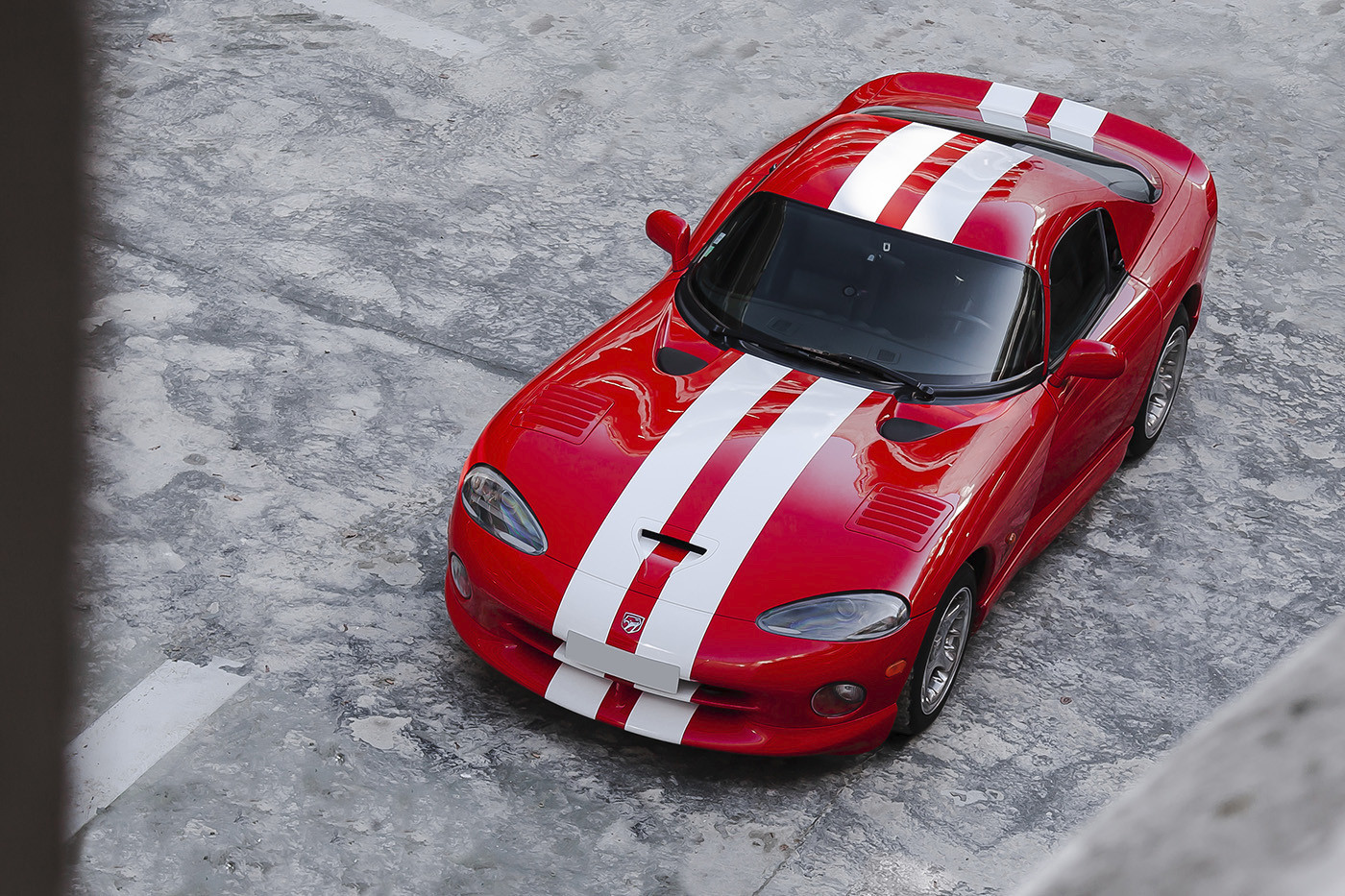 More than just a beautiful plastic car, it is a well-designed sports car whose performance is still at the top today. Its rigid semi-tubular chassis with double wishbone suspension will make you forget the preconceived ideas about the handling of American cars from the 90s. Even the interior is aging well, made of mostly hard plastics that don't break or disintegrate like most Italian cars of the time. 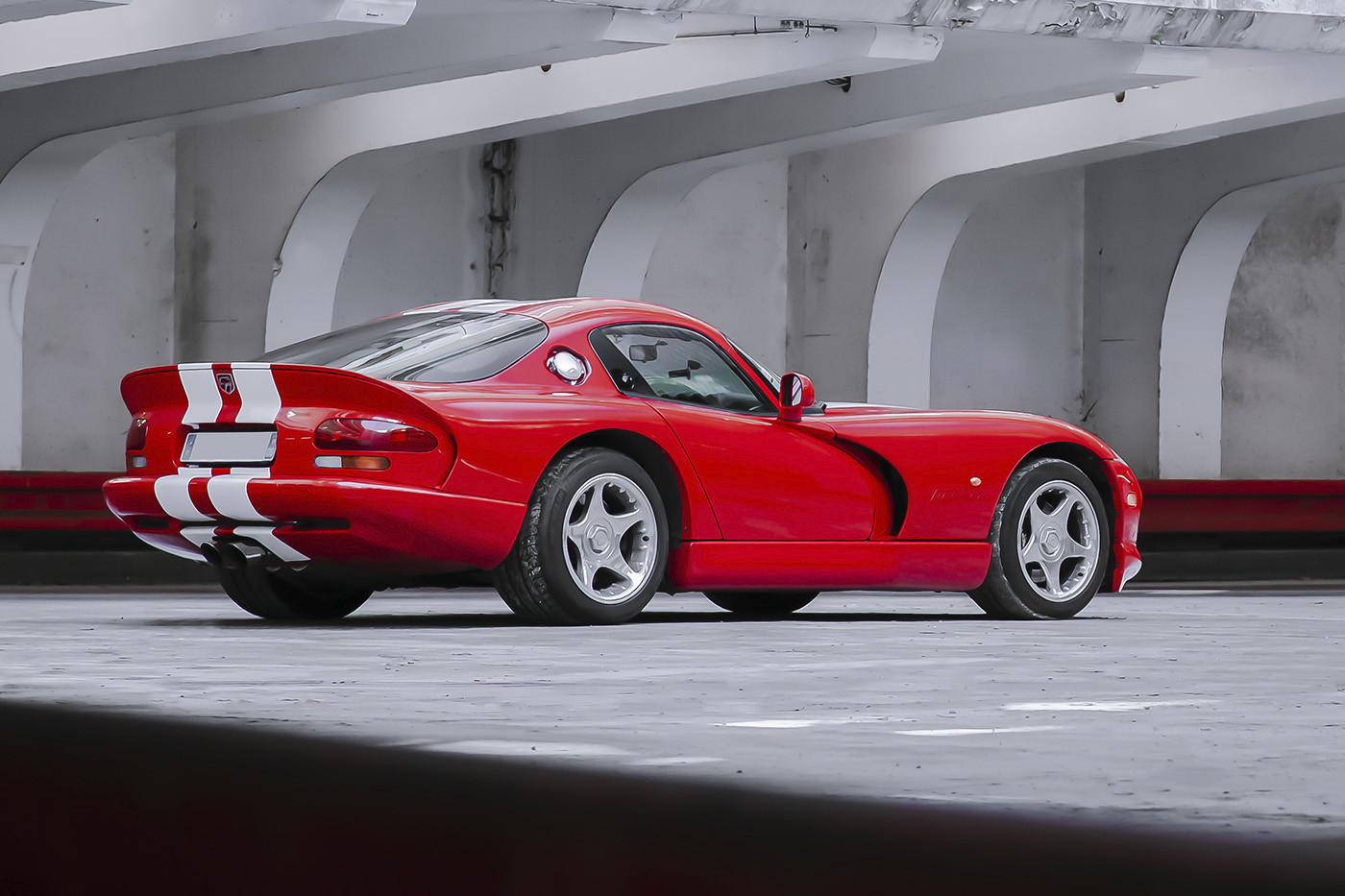 That's all well and good, but it's the engine that will convince you. The V10 with its 8.0l displacement was simply the biggest engine in automotive production when it came out. Despite a technical sheet similar to a Caterpillar engine, the all-aluminum V10 behaves like an Italian V8 with an ease in the revs that one would not suspect, the whole distilling a sound to make all the windows in your area vibrate.

Enjoying yourself while making money is the promise of classic cars. However, this is not always true, and to avoid being disappointed or going broke, the best thing to do is to always buy a car you like without expecting any financial benefit.

Benzin is not a financial institution and the information in this article reflects our personal opinions and experiences for informational purposes only, and should not be construed as financial advice. Any investment decision should be based on your own personal research and/or consultation with an independent financial advisor.

Any other future collectors? Make your suggestions in the comments and maybe we'll include them in a future article.